In the settings area, go to the Company tab and select Import Data from the left pane. 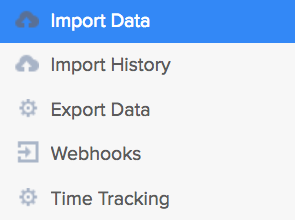 You will then see the option to import via Zendesk. 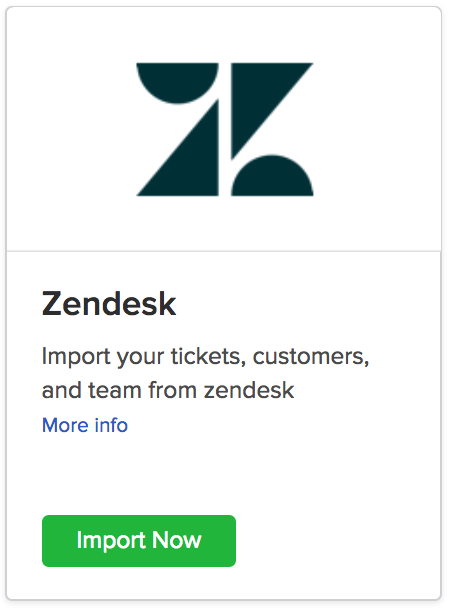 To start the process, you will need to add: 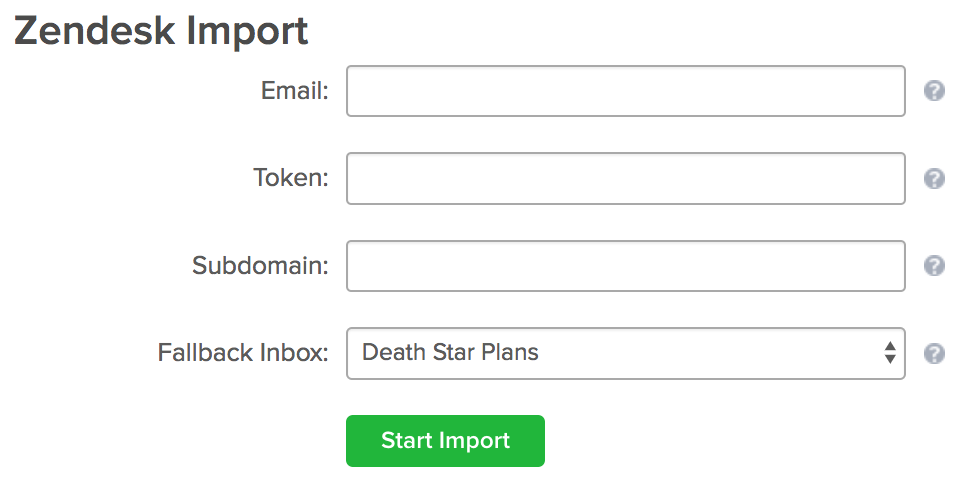 Once you have added these details, click the Start Import button to begin.
You will be redirected to the Import History area within the left pane once you have initiated the import.
Each time you import tickets, the import is given an ID and you'll see it listed in this page.

The other details shown here are:

Type: the origin of the import

If the import fails, you may see one of these errors to let you know what was wrong:

These details will also be emailed to the address you've used here when the import is complete.
About your imported tickets in Desk
Any tickets imported from Zendesk will have a status of Closed. Please note - if a customer replies to an imported ticket, it will be treated as a new ticket, and they would need to be merged manually if you want to bring the new response into the old ticket. It's best to consider all imported tickets as closed, and for reference only.
If you are on a plan with per-ticket pricing, you will not be charged for imported tickets.
Replies and notes from Zendesk will be added directly to tickets in Teamwork Desk.
Tags will be imported with tickets.
If a customer on an imported ticket matches an existing customer in Desk (by email address) it will be associated to them, if no existing customer is found in Desk then they will be created.
If the agent on an imported ticket matches an existing agent in Teamwork Desk (by email address), it will be assigned to them. If no existing agent can be matched, a new agent will be added with a status of Invited, meaning that you won't be charged for adding them until you choose to invite them manually.
Ticket priority will be imported and mapped as:
Multiple imports
If you run another import, here's how your tickets are affected:
For more information see: Importing tickets from Freshdesk